In the 10th round of the final leg of the FIDE Women’s Grand Prix in Khanty-Mansiysk Ju Wenjun won against Nino Batsiashvili and, having gained 413,4 cumulative points, became the winner of the overall GP Series with one round to go. Even in the case of a tie, she will be ahead of her chasers.

An impressive result by Ju Wenjun, who will play the match for the crown with the winner of the FIDE Women’s World Chess Championship (Iran, 10-28 February 2017). Our congratulations! 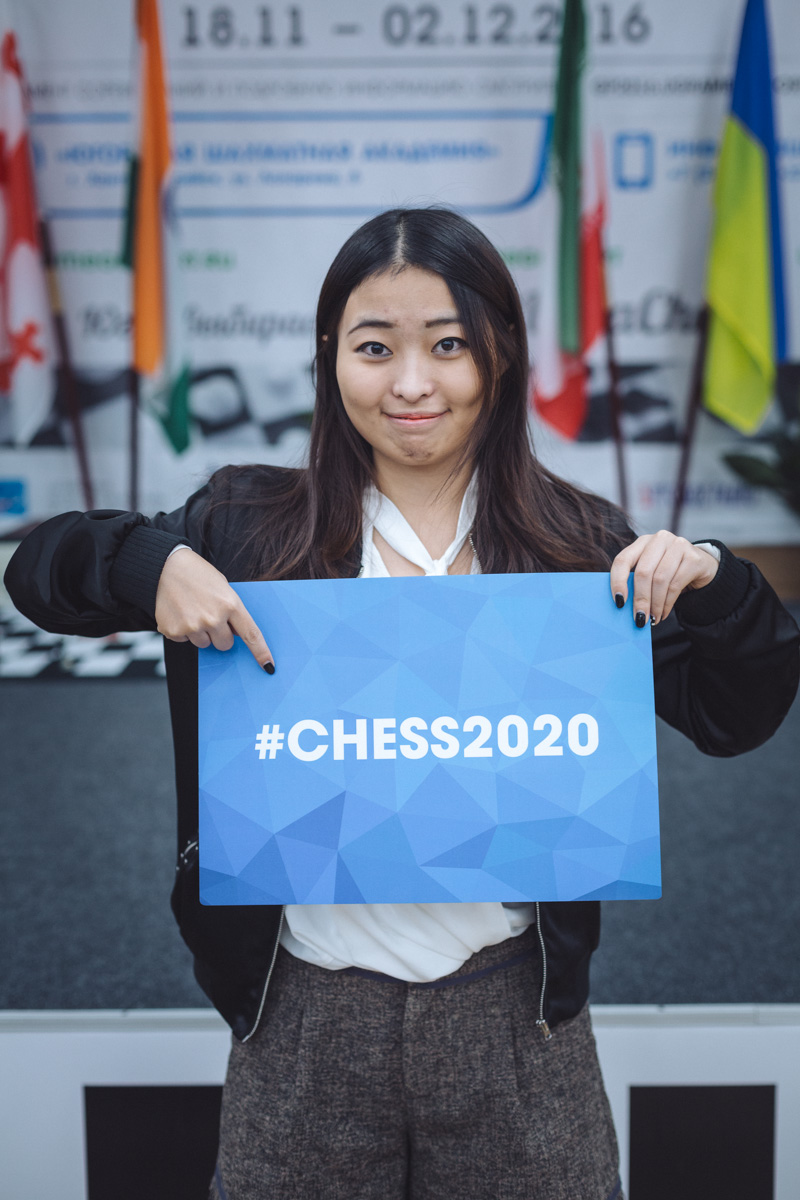 Nino Batsiashvili and Ju Wenjun discussed the Exchange Variation of the Queen’s Gambit. The game went on in the way quite typical for this line with a play on the whole board. At some point, White opened up the center, but in the time trouble she didn’t find the best way to continue with her plan. 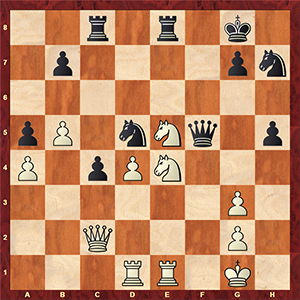 36. Rh4 was proposed by Nino at the press conference and considered to be a better try to save the game. 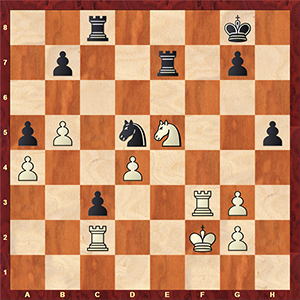 On the control move the fatal mistake followed – 40. b6? Re6. The b6-pawn cannot be protected, and White’s position falls apart. Nino resigned after the Black’s 48th move. 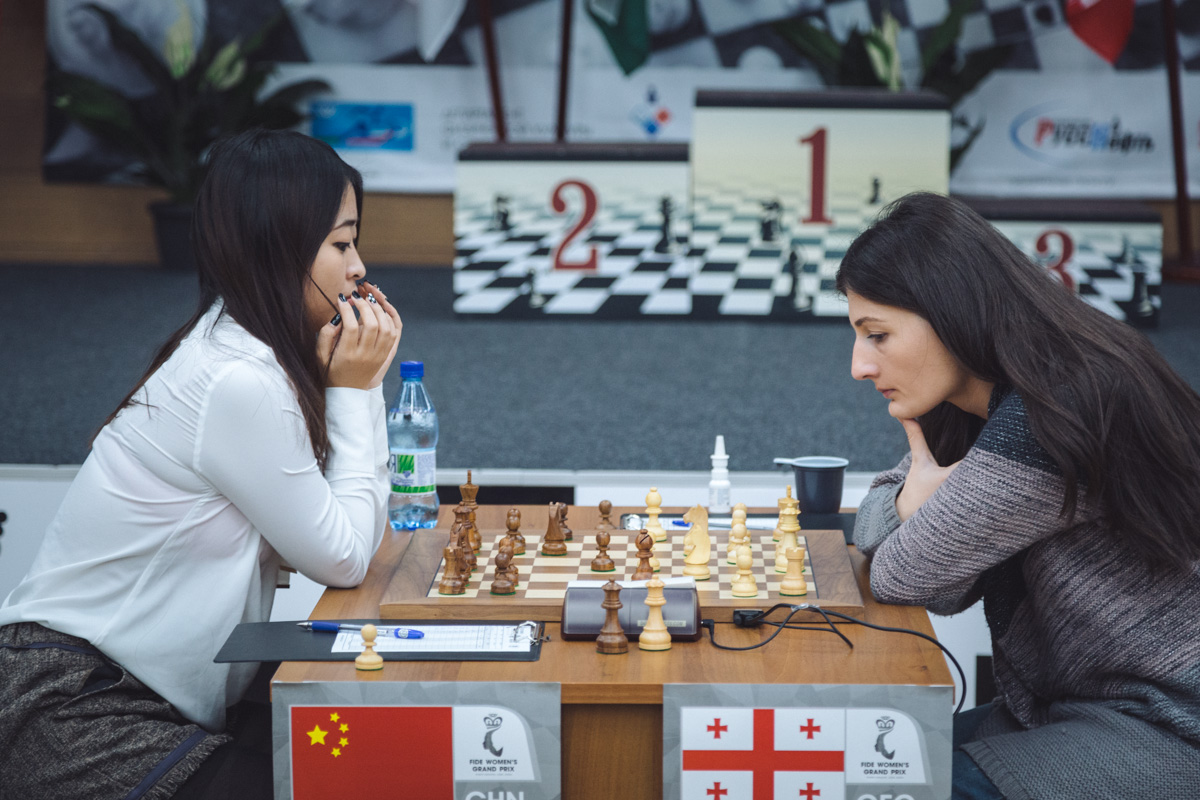 All other games were drawn.

Alexandra Kosteniuk was successfully defending the Queen’s Indian with Black against Lela Javakhishvili and even created some problems for White in the middlegame. Nevertheless, the drawish tendencies happened to be so strong that the game ended peacefully just before the control. 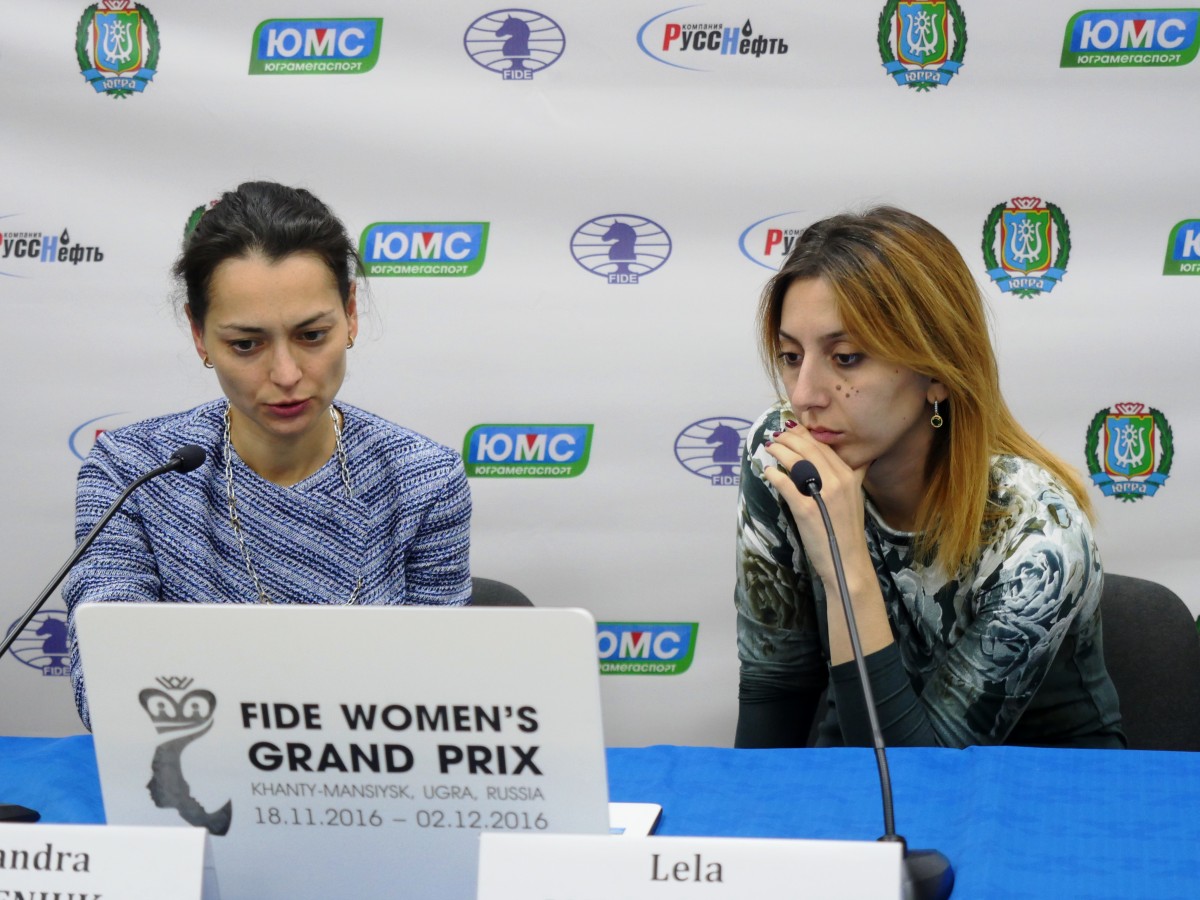 Both Natalija Pogonina and Natalia Zhukova were very well prepared in the opening – the Slav Defence with a pawn sacrifice by Black. Still it seems that at some point White could have played sharper trying to hold the material, but Pogonina chose the queens’ exchange, and the draw was agreed in an equal endgame on the 33rd move. 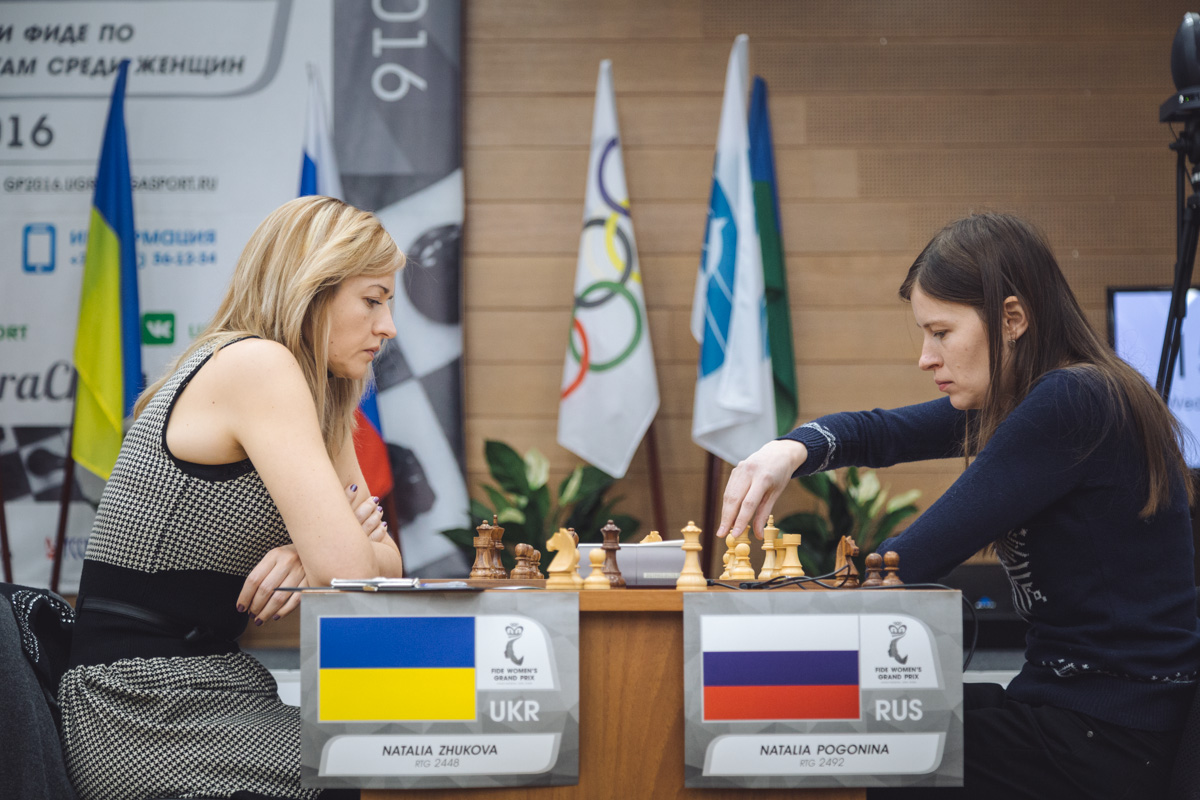 Olga Girya who was playing Black against Sarasadat Khademalsharieh managed to create certain threats to her opponent in the Semi-Slav. Sara was defending very carefully, and didn’t allow Olga to increase her advantage. When the light pieces were exchanged, it became easier for White to create a castle and protect it from the external intrusion. The game ended in a draw after the 36th move made by Black. 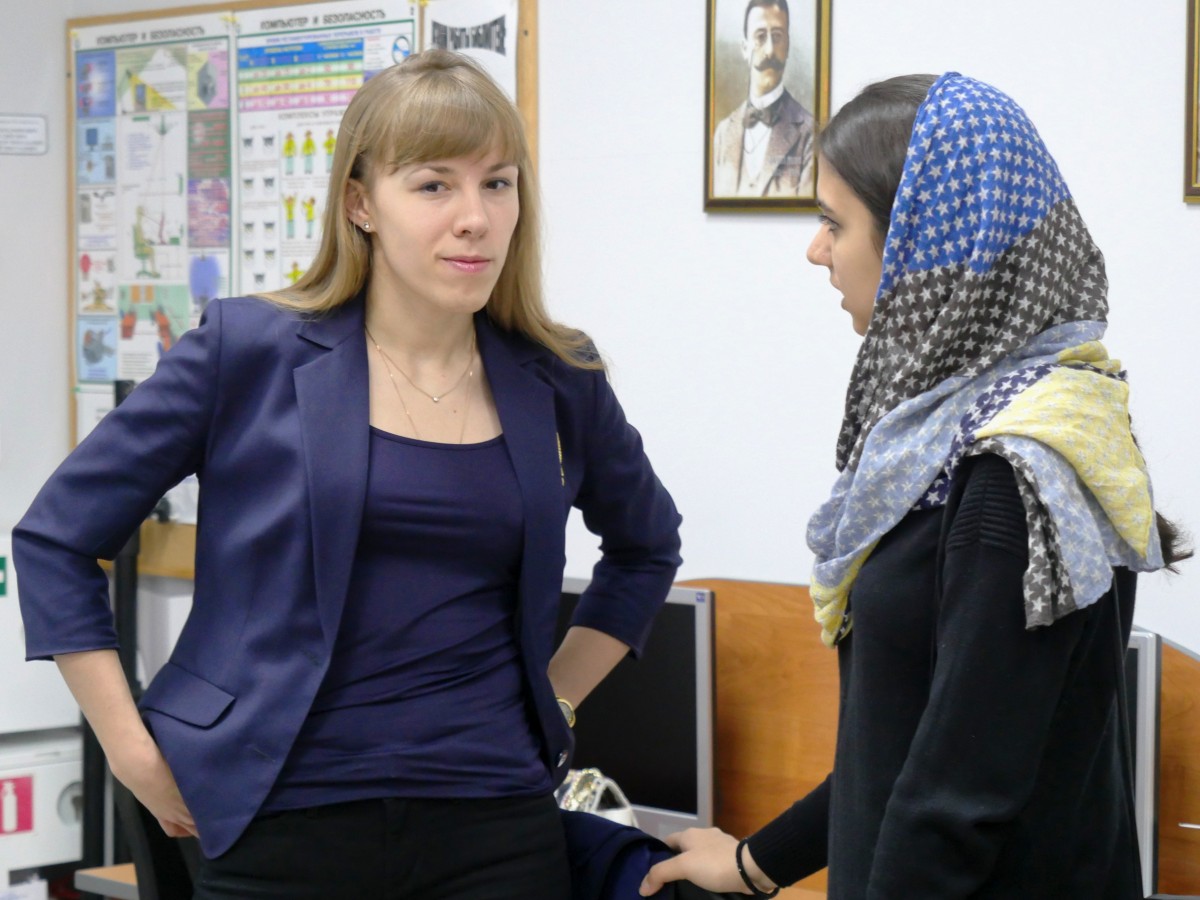 Bela Khotenashvili chose the line with a pawn exchange in the Two Knights Opening, playing Black against Almira Skripchenko. The Georgian player was acting very resourcefully and got enough compensation for the pawn. The endgame with queens and different color bishops didn’t leave White any chances to win, and the draw was the most logical outcome. 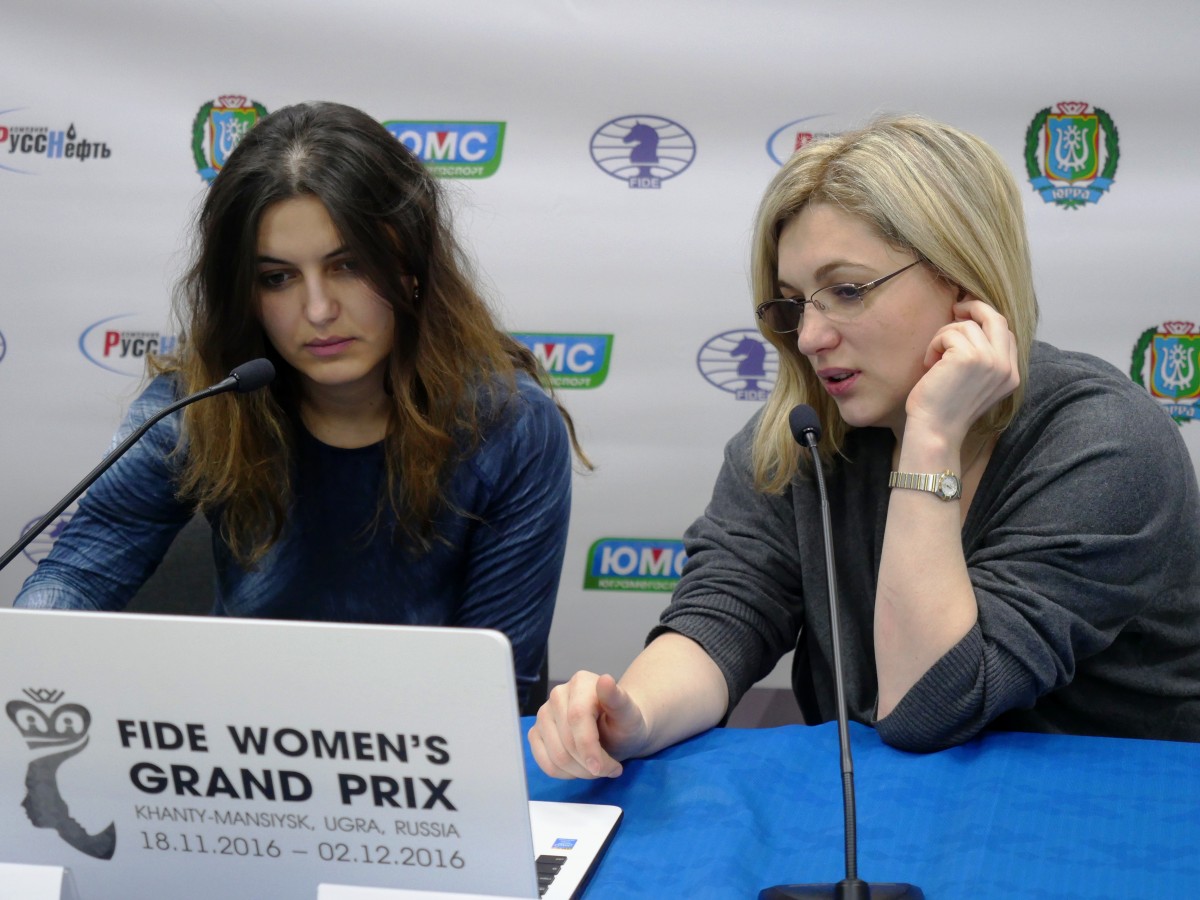 The Gunina-Harika game, perhaps, became a disappointment for both players, for White had to defend from the middlegame till the endgame, and Black didn’t find the best ways to convert her advantage. Valentina was defending fiercely and snatched out a draw. 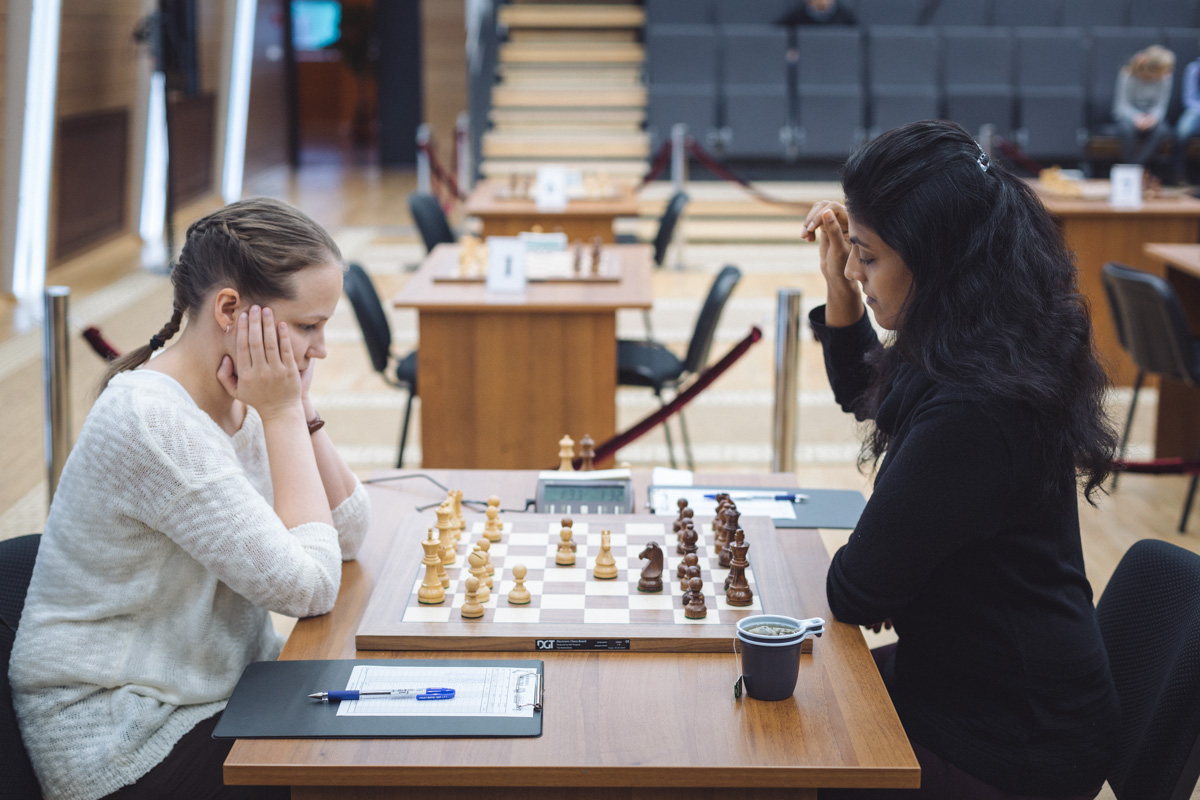